One of the most internationally renowned and historically significant circuits in the world, Donington Park continues to host numerous major national and international events, and has benefitted from a multi-million pound programme of improvements over the past two seasons from new operator MSV. Changes have included extensive resurfacing of paddock areas and internal roads, a number of new toilet blocks, a new circuit office, a new grandstand overlooking Hollywood corner and a stunning new bar and restaurant in the heart of the paddock – Garage 39. More changes followed in 2019 with the construction of a new main pedestrian entrance, improved marshal posts, campsite improvements and a new Pit Lane Suite.

The circuit’s premier event is the annual visit of the FIM Superbike World Championship, while firm fan favourites include the Bennetts British Superbike Championship and Kwik Fit British Touring Car Championship. Other large events include British GT and F3, British Truck Racing, the Donington Historic Festival and the Classic Motorcycle Festival, with dozens of club car and bike meetings throughout the season. Both BSB and British GT will visit twice in 2020.

As well as a famous motorsport venue, Donington is also celebrated as the host of the Download rock festival, which attracts tens of thousands of music fans each year. The venue also holds a wide variety of exhibitions, shows and other music concerts all year round.

Donington Park is superbly located, with major cities Derby, Nottingham and Leicester nearby, and Birmingham less than an hour away. The circuit can be accessed from the nearby M1, A50 and A42 roads while international visitors can fly in to the neighbouring East Midlands Airport, with the main terminal just two miles from Donington. 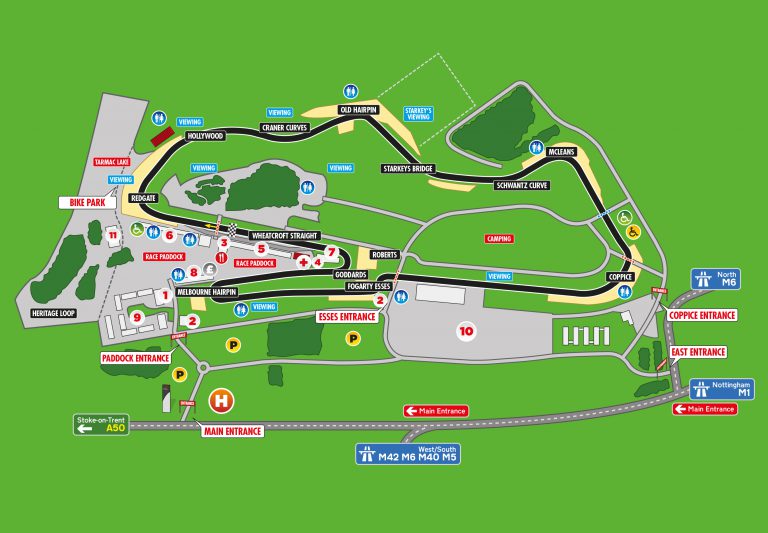